BBQ that will make a grown man cry.
Our Menu

Boss Hogg's BBQ will serve all your catering needs in Kern County.

Santa Maria-style barbecue is a regional culinary tradition rooted in the Santa Maria Valley in Santa Barbara County on the Central Coast of California. This method of barbecuing dates back to the mid-19th century and is today regarded as a "mainstay of California's culinary heritage."

Santa Maria-style barbecue centers around beef tri-tip, seasoned with black pepper, salt, and garlic before grilling over coals of native coast live oak, often referred to as "red oak" wood. The grill is made of iron and usually has a hand crank that lifts or lowers the grill over the coals to the desired distance from the heat. The Santa Maria Valley is often rather windy, so the style of cooking is over an oxidative fire as opposed to a reductive fire that many covered barbecues use. 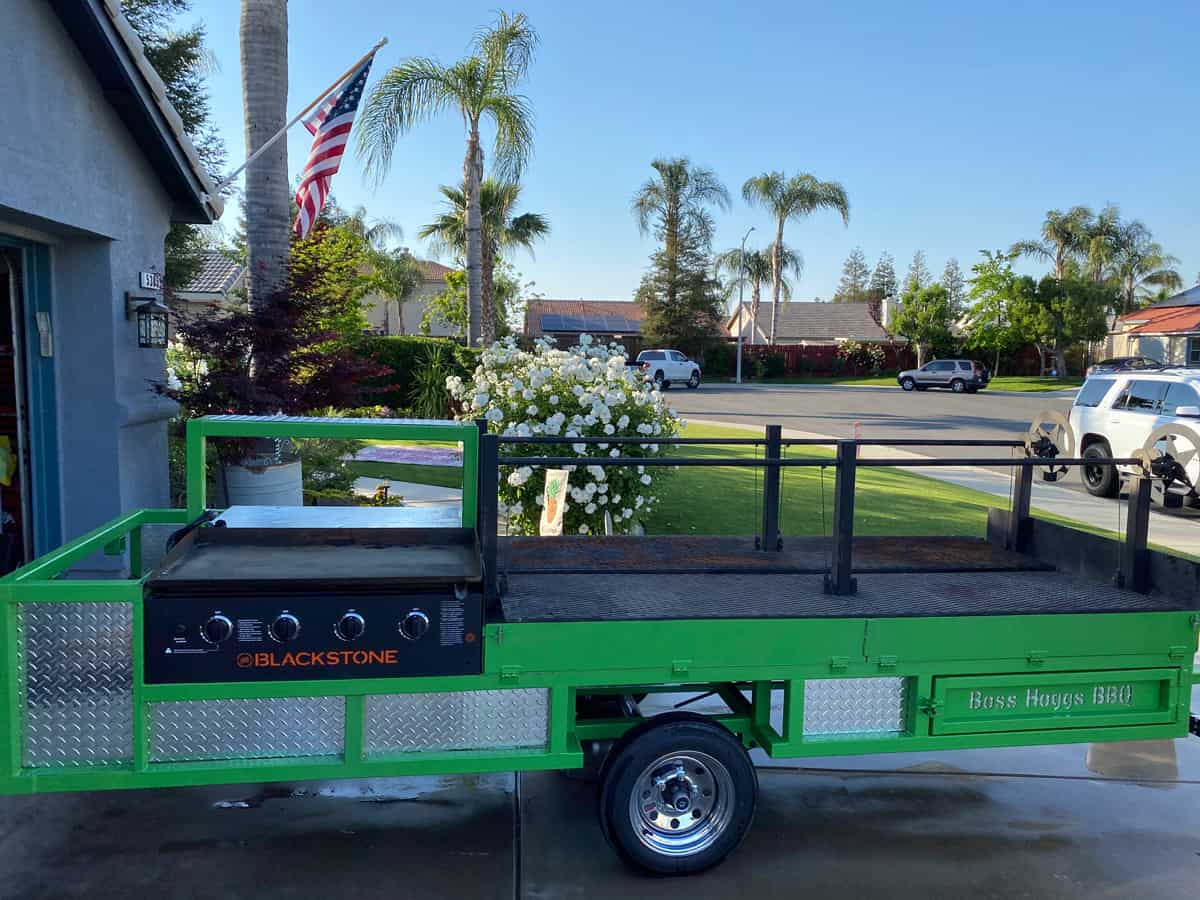 What the customers are saying.

Ryan is a superb chef and always puts a ton of love into his meals. We have been fortunate enough to have Ryan and the Boss Hogg trailer on multiple camping outings, and the food never ever disappoints! You will not be sorry using Ryan And Boss Hogg's for your next event.

Sean Rundle
I just had a great meal from Boss Hogg’s BBQ! Meat, salad and all the fixin’s  and I didn’t have to lift a finger! I love their smoked brisket! Plus, the hot links were the bomb! Even better than the meat is the fact that they come to you! I highly recommend Boss Hogg’s for any of your on site weddings,  special events, fundraisers or whatever! Easy to deal with and prompt.

Thank you to Bakersfield East Rotary and Boss Hogg’s BBQ who prepared and donated 400 dinners to night-shift staff at Bakersfield Memorial Hospital. The pulled pork sandwiches and chili beans were delicious! We are truly grateful for this generous gift of kindness and nourishment to honor Memorial staff during the Covid-19 pandemic.

TiRed of your run-of-the-mill take-out! Let us wow your guests at your next event!